A Monk is a Terrible Thing to Waste 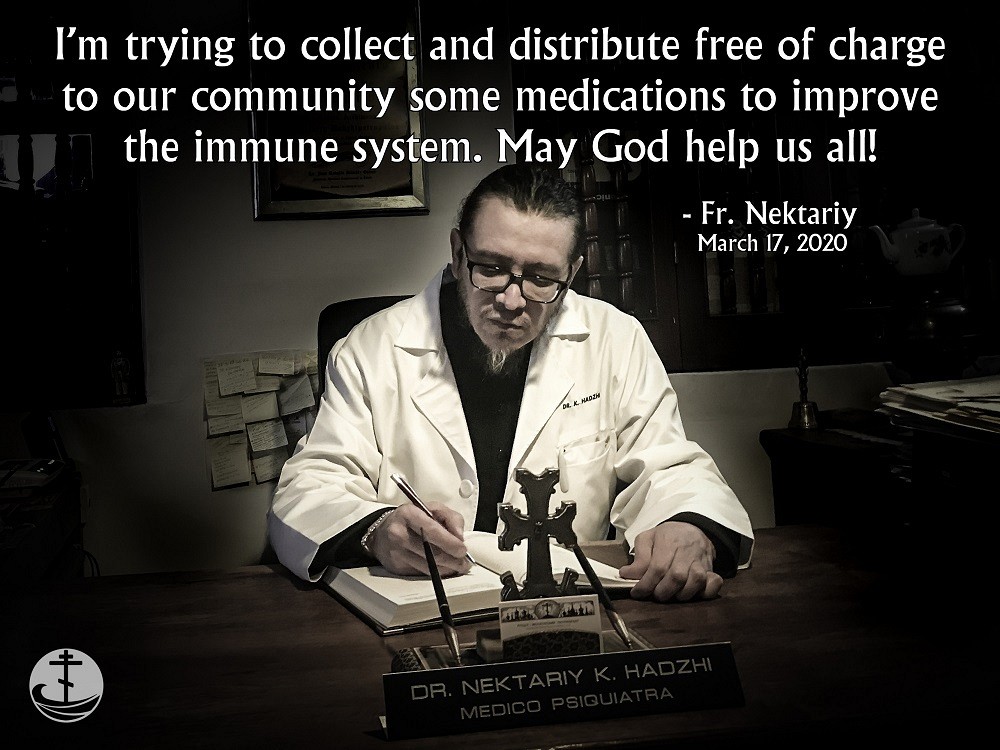 If you were a business owner, I’m sure you’d love to have him on your team.

He is highly educated.

He lives for his work.

Never says “no” to new projects.

Is supremely efficient and dedicated.

Is always ready to help.

People like him come along once in a lifetime. He is someone you can trust completely. He’s proved it over and over again.

When you’ve got someone like him, you’ve got a linchpin to your organization. Everything just seems to click. Your business cannot help but grow. And you know that as long as he’s there, you will reach more and more new heights. You’re one lucky business owner.

The linchpin I’m talking about is Fr Nektariy, abbot of the Holy Trinity Monastery in Mexico City and head of the ROCOR mission in Mexico.

He is all those wonderful things. And much more.

Fr Nektariy is an incredibly educated man. He speaks about seven languages, he is a surgeon, a clinical and forensic psychologist… He has taught in many universities; his advice is sought all over the world, and he regularly travels to scientific conferences. But his main service is being the Abbott of a small monastery in Mexico City. This is what God called him to do. Here he ministers to a huge flock made up of mostly recent immigrants from the former Soviet Union. He has helped hundreds if not thousands of people: battered women and children, immigrants in trouble, mothers looking for their lost children… All for the glory of God.

But instead of spending all his waking hours on his service to God and to the Church, this man who has many ailments is forced to work several jobs just to make ends meet at the monastery.

“If I have more time,” he said in a recent interview to FFA, “I will do more. I try not to waste my time. Because it’s a big responsibility before God, before the Church, before our donors…”

Let’s stop for one second. This man works so much that he only sleeps for 3-4 hours a night, wants to do more? He sacrifices the few precious hours of rest so he can answer an email when people like me have a problem, and he thinks he might be wasting his time on something?! Because that’s what he does when all of us are asleep. He answers texts and emails from people who need help…

You know what I think of that? What a waste!

Hear me out, please.

As humans, we are too often guilty of wasting something: time, energy, resources… I know I just wasted a portion of my life when I decided to check my messages on Facebook… 20 minutes later I still haven’t checked them because I was looking at pictures of kids and parrots in quarantine. (Meanwhile, Fr Nektariy was praying…)

Anyway, we all know wasting things is, well… wasteful. But it seems that even though we all know it, it’s become the new and accepted norm. The sad part is that it’s affecting our Church.

So what’s the big deal if Fr Nektariy works outside the monastery, someone might say. He still manages to take care of his flock’s needs and serve some of the services… And everyone has to work for a living…

Let’s go back to being a business owner. What if the mission in Mexico was your business? Would you like it if your best – or even any – employee spent most of his energy on two other jobs and left only a few hours for you?

Would you say: “Awww! You’re so wonderful! I admire you so much for not sleeping and working two other jobs!”

Of course not! You’d be furious! You would demand that he turn all his abundant energy to building your business!

Because Christ and our Church deserve the best. 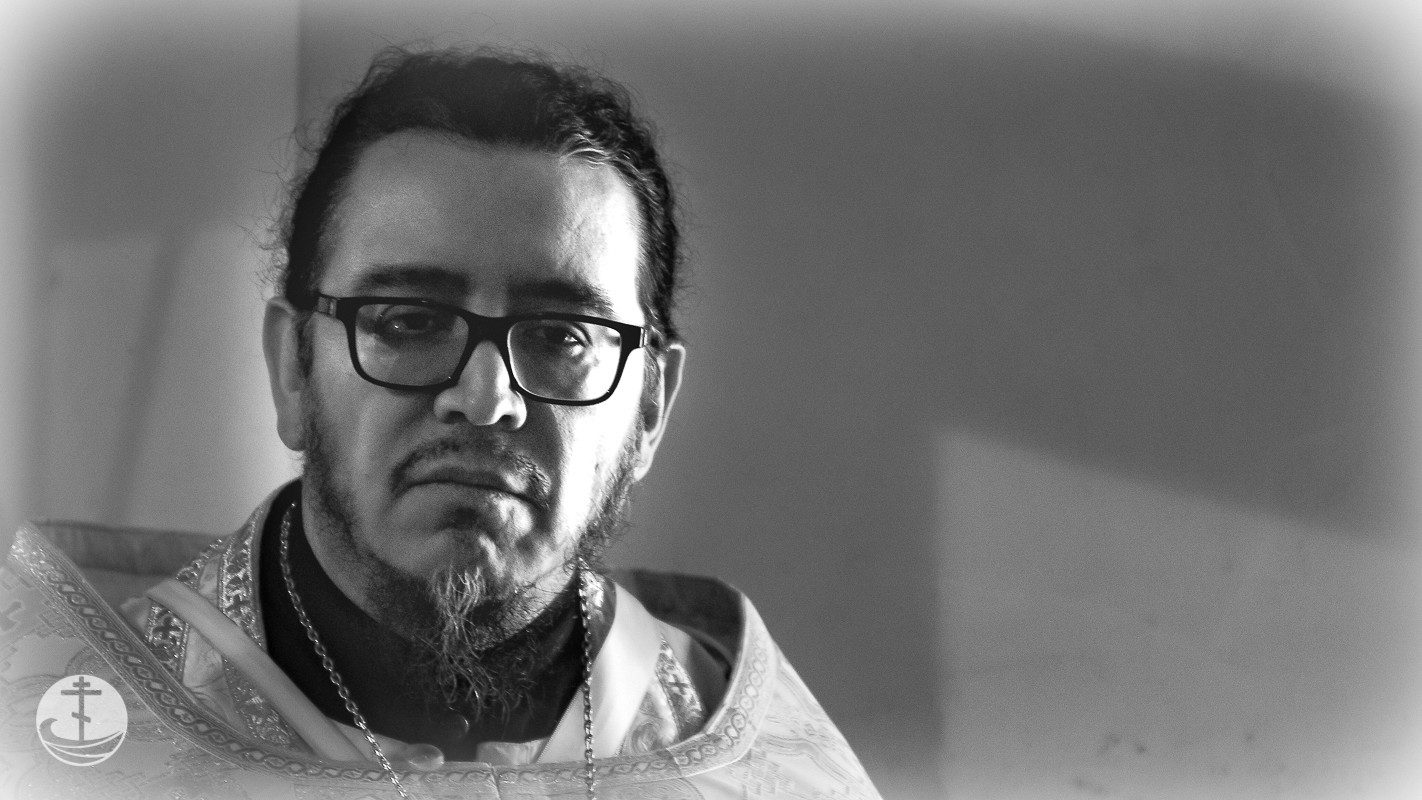 But instead of doing what he does best – pray and work for our Church, Fr Nektariy is forced to do low-value work… “Low value” in the sense that his monastic vocation is so much higher than what he does for a living, even if it’s working at a hospital. There are many doctors. But very few monks. And only one Fr Nektariy.

So isn’t having him work outside of our Church a waste?

And do you know what he’s doing now? With the corona virus epidemic, Fr. Nektariy has new work hours. He’s no longer working 18-hour days. He’s now working 24 hour shifts and then the next day he gets to go home early ......... at 9 pm.

He’s on the front lines of the corona virus. Want to help fight the virus? Help Fr. Nektariy.

I’m pretty sure that if you’re reading this, you’re probably someone who loves Fr Nektariy and you support him. If you do love him, please help him work for the Church.

Don’t you think it would be best if we allowed him to channel ALL of his strength to the service of our Church? Especially in this time of trouble?

If yes, will you join me in helping him now? I signed up for monthly donations for the Mexico mission a few days ago. Will you stand for Fr Nektariy with me? What else can we do while we’re all quarantined? I know what: prevent Church waste!

And here’s the best thing. We are not really helping Fr. Nektariy. Fr. Nektariy is helping us. He’s giving us this amazing chance to help people. During Lent. When we can’t go to church. But we can give alms.

So please, think about it and lay up some treasure in Heaven today by helping Fr Nektariy imitate the saints… St Luke the Blessed Surgeon, Sts. Cosmas and Damian, St. Panteleimon…

May they all pray to God for the deliverance of the whole world from this pandemic!

Have you seen the four part special "Strength in Weakness"?