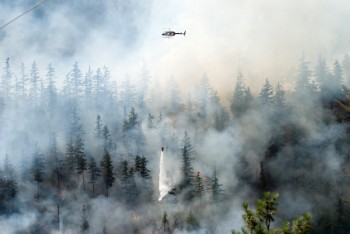 Voice of Russia - This Monday, Ryazan southeast of Moscow became the last Russian region where President Medvedev lifted a state of emergency introduced for dealing with the disaster.

The fires resulted in over 50 deaths, burned a million hectares of woodland and peat bogs  and destroyed close to 25 hundred houses. Confronting them were thousands of Russian firefighters, volunteers and troops  and some 500 international firefighting experts.

Related Links:
Fund for Assistance collected over $20K for victims of wildfires in Russia